Wigged Out is a historically inaccurate party game with a unique take on dodgeball. Two rival schools go head-to-head in a humoristic ball game, where the objective is to advance to the opponent's goal line by using every trick in the book.

Corroded is an online Arena Brawler where two to six players fight and knock each other out of a shrinking arena.

Set in a distant future, each player takes control of a battle-robot and enters the arena for an intense free-for-all experience, with focus on speed and a compact skill system.

A game of Corroded consists of several short rounds. Between each one, you can spend credits earned from fighting and destroying opponents, into new abilities or upgrades. Once all rounds have played out, the winner is crowned. 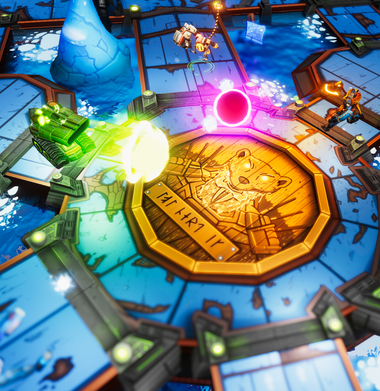